Let’s first discuss the difference between speech and language and the relation with articulation disorders.
Speech is everything has to do with articulation, pronunciation, your diction, the motor component of your mouth, your articulators, your lip, your tongue, your teeth, all these things have to do with speech. It’s not the same thing as language.
Language is divided into two components:
1. Expressive language, which is verbal production. What you put out, what you say and what comes out of your mouth.
2. Receptive, which means what you understand, what means to you, what, you translate and what you comprehend.
Those are two different components of language versus speech. Speech is diction, pronunciation; language is receptive and expressive language.
When it comes to a lot of parents they always want to do speech eval and they really mean a language eval but in terms we are considered speech and language pathologists but a lot of people just treat it as the same thing but it’s actually not.

We are going to talk about articulation disorders, what are they?

An articulation disorder is when your child cannot pronunciate certain sounds. They can’t say the “R” They can’t say the “S” They can’t say the “L.” They can’t make clusters of a word, like syllables so those kinds of things are considered articulation disorders. There are some arituclation kinds of milestones that your child goes through from the time that they start speaking to about 4 or 5.
For example, the word “dog.” A lot of kids instead of using the “D” in the front of dog, they might say, “gog” because it’s easier to say the “G” sound in both places in the front and in the back than to actually make a new sound such as “dog.” This is a developmental process that every child goes through and they out grow and they out grow to the next process and the next process and the next process so these kind of things, which are phonetic milestones, these things are normal.
If you notice your child doing these things at 2 ½ it’s normal. Now if your child is doing this and they’re 5 then that’s a red flag. When you’re child is starting off these kinds of processes are considered to be within normal limits.
Articulation disorder is more precise for a child who cannot say one certain sound. They cannot say the “R” and they glide it. For example, instead of saying “rabbit” and they say “wabbit” and it’s constant. It’s every “R” at every time, in every place so it’s “wabbit” and instead of being car it’s “corw” it’s “w” at the end and if the “R” is in the middle of the world, it’s a “W” in the middle of the word. They replace the “R” for the “W” all the time, no questions ask.
Articulation disorders is usually are “Rs” which we call it gliding in our lingo so are the “Ls.” If you can’t “Ls” either, it’s considered it to be a glide because you substitute the “W” for the “L.”
There’s also a very, very popular one, which is the lisp. What is a frontal lips? It’s when you cannot say the letter “S.”
There is a frontal “S” which is “S.” The air comes through the middle if you blow out, you feel it on the front. But there is also a lateral lisp where the “S,” where kids go… and the air escapes everywhere on the sides, laterally of your face. There’s frontal lisp and a lateral lisp. It’s still, you can’t do the letter “S” correctly, you can pronounce the letter “S” correctly so we consider this to be an articulation disorder.
What can you do?
You want to talk to your pediatrician about it, especially if your child is over the age of about 4 or 5. Most of these are sounds, should be done— all these processes should be done, should be corrected, should have been outgrown about the time they’re —it depends on certain sounds but I would say, most of them about the time that they’re 3 ½ .
By about 5 years old your child should be able to say the letter “R,” say the later “L,” say the letter “S” and pretty much articulate everything really precise.
The “TH” is one of those sounds extend a little bit later, let’s say 5 ½. Even some books even until six years old. The just sound to such as in treasure and things like that, that one takes also takes a little bit longer but all other sounds, by the time your child is about let’s say safely, we would want a nice rounded number, I would say about 4, 3 ½ or 4.
By four they should speak perfect. 80% of your language is acquired when you’re four years old. The only thing you acquire as you grow is 20% of vocabulary words, fancy words. At 80% you should know pretty much how to speak perfectly. If you’re child at 4 year sold speaks and you don’t think it’s a good enough amount and they’re not pronunciating things, then you should definitely call pediatrician because you will need an evaluation if your insurance covers it and you do want the presentation to say speech evaluation. 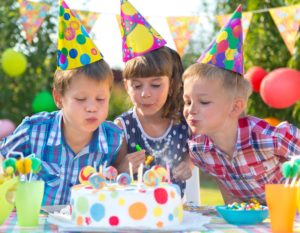 Now if you have a concern about their language as well, then you could see a speech and language evaluation.
In the mean time, what can you do at home, while there’s a lot of worksheets online that you can pint out and pronounce different words and different position of words.
If we’re going to practice the “S” sound. It’s always important that you practice the “S” first alone, isolation. We’re going to practice the “S” alone over and over and over again, until your child can say the letter “S” appropriately. No mistakes at 80%. You want to do it five times and you want to correct.
After you do the “S” in isolation, you will move in to doing the “S” in the beginning of the word and then you move into doing the “S” at the end of the word and then you move into doing the “S” in the middle of the word. Once you go through the hierarchy, the hierarchy has to be the beginning of the world, the end of the world and the middle of the world.
Once your child is able to pronounce the “S” into all of these three positions independently and correctly, then you can move on to phrases, sentences, conversations and etc. That is a little bit of hierarchy on how to start making your child pronunciate sounds correctly.
If you need any help you can always call, my name is Patricia Ruiz, I’m a Speech Pathologist here at Miami Speech Institute

I’m going to show you four exercises to help your child start saying their first words. Many parents need to know when their babies start...

How to receive Speech Therapy in Miami.

Speech Therapy in Miami, the first steps for parents what to do. Once you’ve identified has a speech delay and that they need speech therapy, and...

What is Stuttering? 4 exercises to improve it.

Stuttering is a big concern for parents. One of the main questions that I hear nowadays is, is there a difference between stammering and...

How to receive Speech Therapy in Miami.